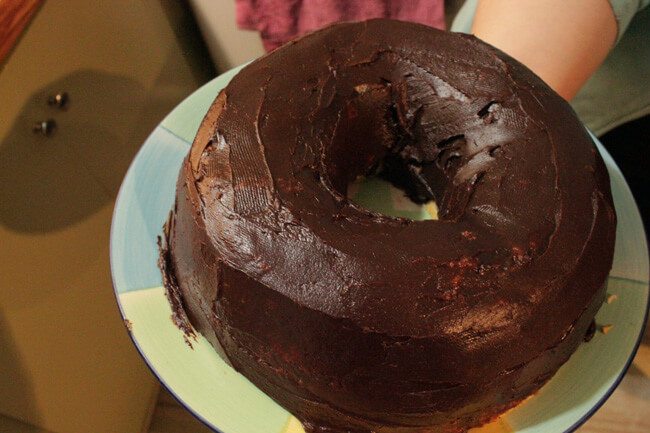 1Preheat oven to 300 degrees fahrenheit. Separate egg whites from their yolks. The yolks will not be used in this recipe.

2Beat egg whites in a large bowl with electric mixer at medium-high speed until frothy. Add salt and cream of tartar to the mix.

4Sift one quarter of flour and stevia over whites, and fold in gently but thoroughly, then sift and fold in remaining flour mixture in same manner.

1Spoon batter into un-greased tube pan (or angel food cake pan) and smooth the top of it. Rap pan on a hard surface twice to burst any air bubbles.

2Bake until cake is springy to the touch and a wooden pick or skewer inserted into the center comes out clean. Approx 40-50 min. If pan has feet, invert it on a work surface. Otherwise, invert it over neck of a long-necked glass coke-style bottle. Cool cake for 2 hours.

My sugar free chocolate frosting (or whatever other frosting you may want to put on it).