Making extra trips to the grocery store sucks! What a disappointment to be SO excited about making some delicious blueberry muffins or peach cobbler only to realize that you’re missing some key ingredients to make it.

A drive through unrelenting traffic is NOT what I want to experience when I’m ready to bake.

Even worse is if I’m missing an ingredient that’s only available online – now I can’t even bake that!

To help you (and me) out, I’m made a little bit of a “toolkit” of necessary ingredients that you’ll want to have on hand if you’re baking sugar free. I’m not going to cover simple things like flour or cornstarch, only the things you might not consider.

I’m really just trying to protect you from the anxiety of stupid busy walmart – that pretty much makes me your saviour chef in blue boots. 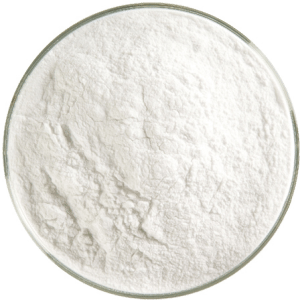 This is easily the best sweetener for you. Stevia ranks a whopping 0 on the Glycemic index, and has even been shown to help people produce more insulin (helps keep the diabetes away).

“Stevia is cool, but I just don’t like the taste it makes” – that’s something I hear from people all too often. Stevia is known for it’s distinct bitter aftertaste, but if you get the right brand, you’ll hardly notice the aftertaste at all, especially if you mix-and-match with other sweeteners.

I use a particularly potent and pure brand of Stevia from Herbal Advantage. It’s completely pure and is 300x sweeter than sugar. They’ve also done a lot of work in weeding out that bad aftertaste, so it’s easily the best tasting stevia out there.

Best Practices: combine it with agave or erythritol in a recipe for best results.

Agave is a liquid sweetener that I use in a most recipes. If you get a particularly pure brand that’s low in fructose (I recommend Volcanic Nectar), then it can be an incredibly useful addition to your kitchen.

It ranks 27 on the glycemic index. 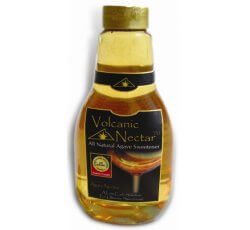 I can tend to get a bit lazy and just get my Agave from Costco, which is the wholesome sweeteners brand.

It’s not as pure of a product, but my sugar sensitivity isn’t as bad as it used to be anyways, so I can get away with that. If you’re very sensitive though, I would tell you to only get the Volcanic Nectar brand.

Some people have criticized Agave saying that it’s high in fructose, but I find that they’re usually only talking about some of the less pure brands.

For example, Dr. Mercola has gone on record of saying that Agave Nectar has a fructose of 70-97%.

Wow, sounds high right? Well the Volcanic Nectar was tested and had far less than that range he described (45%), so is he lying, or just wrong? I think the misconception lies in the variation between the brands – some brands just aren’t pure!

Still, with 45% fructose, it’s not as good for you as Stevia is (which actually has health benefits), that’s why it’s my #2 sweetener. It’s more useful than stevia though, because it’s able to create texture and density in your recipes (something that Stevia lacks).

Agave is perfect for any recipe where you can use a liquid sweetener, such as a smoothie. With some thoughtful thinking I’m able to use it in recipes that don’t necessarily respond well to liquid sweeteners, such as cookies or muffins.

I find that in those types of recipes, if I combine it with some additional flour (to keep the recipe from getting to watery), and another sweetener (often Stevia or Erythritol), then it becomes really effective in making all my treats EXTRA lovely.

Best practices: Use it in any liquid recipe, and also try combining it with other sweeteners to limit too much moisture in your recipes. 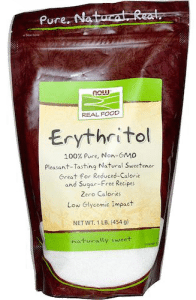 I tend to grind Erythritol into a powder if I can, either using a small blender or a pestle & mortar. It mixes into recipes a lot easier if it’s all ground up.

That being said, double check to see how you respond to it. It’s rare for someone to have a problem with it, but if you start to feel cramps within 12 hours of trying it out, it could be the culprit.

That aside, one great thing is that Erythritol actually caramelizes, so it becomes a prime player in quite a few recipes that were previously limited unavailable as sugar free.

Best practices: Best used in conjunction with another sweetener. Because of the cooling effect, careful thought should be put into what recipes you use Erythritol. Use for any recipe that needs to caramelize.

Yes I do see that coconut sugar has the word “sugar” in it, but that doesn’t mean it’s not diabetic-friendly. Although it’s the most useful, coconut sugar ranks highest on the glycemic index (35, agave is only 27).

It’s still safe for diabetics, but it’s the closest to the line, hence why it’s my last resort, and only if a recipe just can’t seem to work without it.

Coconut sugar resembles brown sugar. When used in your baking, for every cup of sugar, replace it with 1 cup of coconut sugar (1:1 ratio).

It caramelizes better than erythritol does too! Out of every sugar substitute in this toolkit, coconut sugar is the most similar to sugar.

Best practices: Use it to replace sugar when agave, stevia, or erythritol just won’t work. 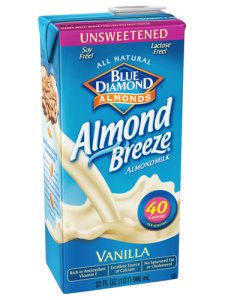 Did you know that milk has sugar in it? It’s naturally occurring, so I don’t see it as particularly dangerous, but it’s worth noting.

Personally, I always use almond milk in place of milk. I’m sensitive to lactose, and considering almond milk tastes almost identical in baking, I see no reason not to use it in most circumstances.

If you want to keep your body from having any additional digestive load, almond milk is a great habit to start. Unlike soy milk, which can mess with your hormone levels, almond milk is made by grinding up almonds into water and then sifting out the “pulp”.

Unless you make it yourself (the cost of almonds is quite high, so you might as well just buy it pre-made) you’ll find a few preservatives and flavours added, but overall it’s fairly healthy.

I personally use the almond breeze original unsweetened brand, but other brands such as almond silk are excellent too. Find out whatever works for you, and test them out until you find a flavour you like.

As a healthier replacement for butter or margarine, you can use coconut oil.

It has a much more distinct “coconut” taste though, so you’ll have to use some discretion when deciding which recipes to use it on.

Coconut sugar is also naturally sweet, so it can 2 jobs at once – take the place of butter as well as sweeten things up.

For a healthy way to grease & sweeten things up, it’s a great way to go. 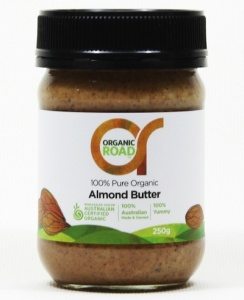 Peanut butter tends to have more preservatives and sugar than I normally would like – almond butter is an easy (and DELICIOUS!) substitute.

It’ll make things a little more almond-ey, but I find that can sometimes be a good thing. You decide whether it’s right for your recipe! 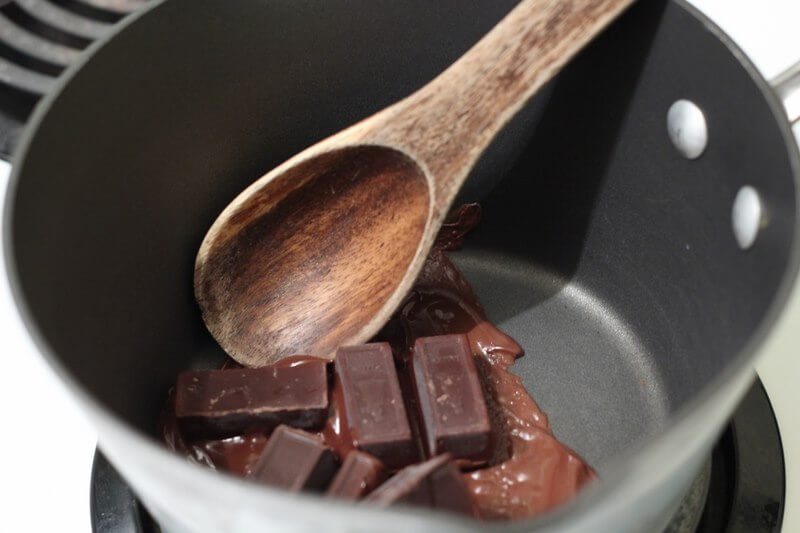 If you’re working with anything chocolate, a supply of unsweetened baker’s chocolate is KEY. I use it in a lot of my recipes.

It’s especially useful melted into liquid chocolate. You can find me using it in my sugar free chocolate cake.

Now there’s two routes you can take here when buying and selecting your baker’s chocolate:

Fry’s cocoa powder has helped me out in a ton of recipes.

It has a very similar purpose to baker’s chocolate except it’s a powder, rather than a solid chocolate that needs to be melted. I’ve spoken about it on this site before. 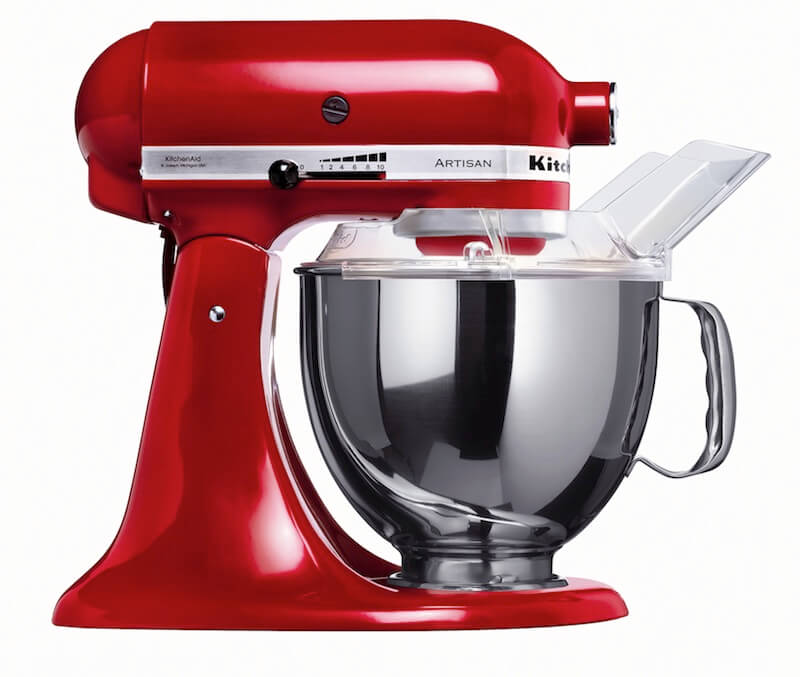 My KitchenAid Mixer is essential to about 80% of the recipes I make; I use it in everything!

There’s about 14 different types of attachments that you can put on it for a variety of different uses:

If you need a mixer that won’t break down on you, this mixer is the way to go. 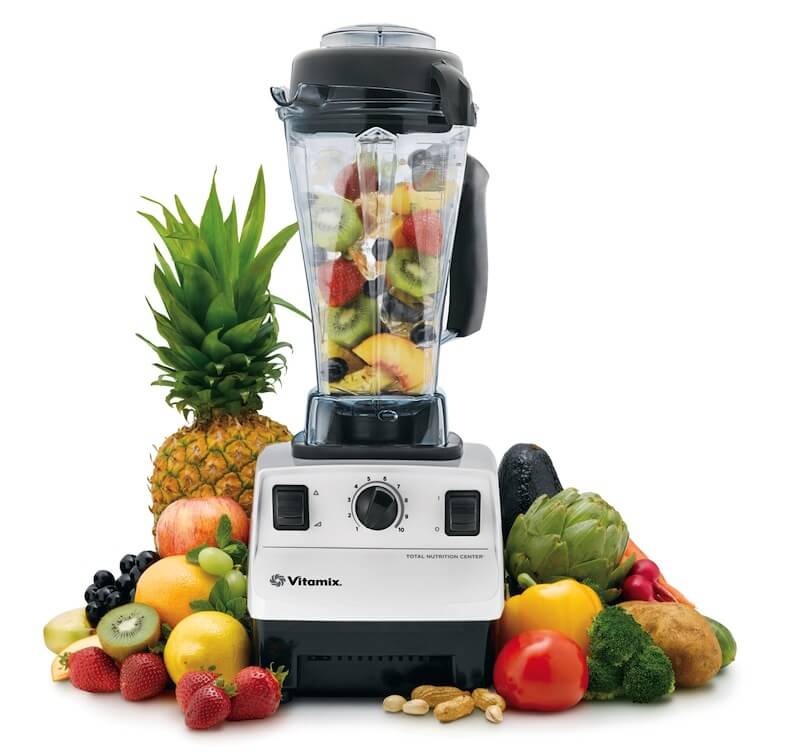 Alongside the KitchenAid (which is perfect for mixing dough and other baking/cooking), if you need a blender that will last you a lifetime and is strong enough to grind up cement bricks into a fine powder, look no further than the VitaMix.

Well…maybe you might need to look further if you need a cheaper option (VitaMix blenders are notoriously expensive), but if you want the highest quality, VitaMix is the way to go.

Most restaurants (booster juice, starbucks) use them too.

This list of special healthy ingredients (and tools) is something I intend to keep growing as I learn about awesome new healthy ingredients! If you have anything special that you use in your kitchen, be sure to contact me and let me know!